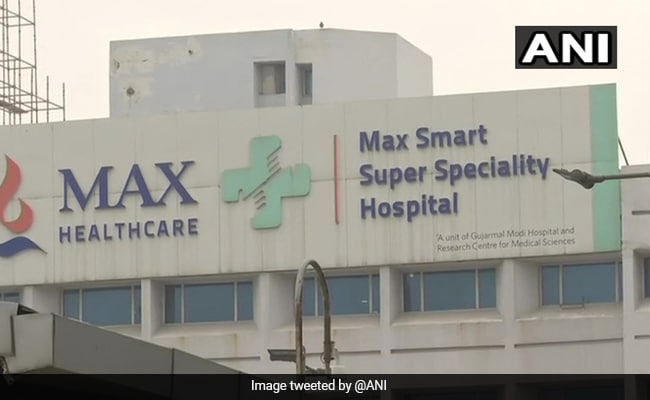 Delhi’s Max hospital chain said today it would not admit any more patients until oxygen supplies stabilized but soon retracted the statement, saying it had received emergency supplies.

“We regret to inform that we are suspending any new patient admissions in all our hospitals in Delhi NCR till oxygen supplies stabilize,” said Max hospital in a statement on Twitter.

The hospital, in tweets, flagged an emergency situation with “over 700 patients” admitted.

An hour after that post, it tweeted: “Update: We have received emergency supplies at Max Saket and Max Smart which will last another two hours. We are still awaiting more supplies.”

Update: We have received emergency supplies at Max Saket and Max Smart which will last another 2 hours. We are still awaiting more supplies.

This week, seven Max Healthcare hospitals treating more than 1,400 COVID-19 patients were down to between two and 18 hours of oxygen at various points.

On Wednesday night, the Delhi High Court held an emergency hearing of a petition from Max hospitals on critically low oxygen supplies.

For around two hours, lawyers for the Delhi government and the Centre argued over transportation challenges and supplies.

“You are not exploring all avenues to augment oxygen supply. Beg, borrow or steal,” the High Court told the Centre, and asked why it was not waking up to the gravity of the emergency situation.

Yesterday, Delhi’s Deputy Chief Minister Manish Sisodia wrote to the Centre that six hospitals had exhausted their oxygen supply while seven others Max among them — have less than five hours of oxygen left.

The Best Smartphones Under Rs. 10,000 You Can Buy In India

The Best Smartphones Under Rs. 15,000 You Can Buy In India

A coalition spokesperson said the US drawdown will not affect Saudi air defences (Representational). Abha ...
By Publisher
15 mins ago

WTC Final: Rohit Sharma poses for a photo with Ritika Sajdeh.© Instagram With ...
By Publisher
31 mins ago

Congress urged PM Modi and Supreme Court to order a probe into the alleged land ...
By Publisher
2 hours ago