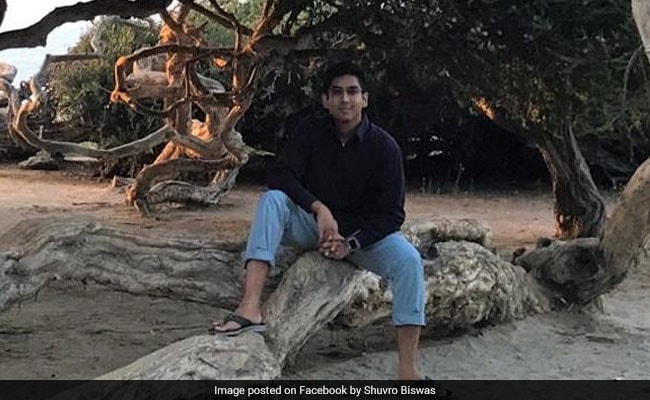 The body of a 31-year-old Indian-origin mathematician working with cryptocurrency and artificial intelligence was found floating in the Hudson River in New York, according to a media report which said he was battling apparent mental illness.

Police sources said that there were no immediate apparent signs of threats, reported news agency Press Trust of India.

Shuvro Biswas’s brother said that he and his family were devastated by the news, noting that they had tried in vain to help Shuvro as he battled apparent mental illness.

We’re all extremely devastated, Biprojit Biswas, 34, was quoted by the newspaper as saying.

“He was a really good guy. He was brilliant,” he said.

Biprojit Biswas said his brother was self-employed and most recently was working on a cryptocurrency security programme. Online profiles show that Shuvro Biswas also dabbled in artificial intelligence.

He said the family started to see changes in Shuvro’s behaivour over the past year, but that he largely kept his struggles to himself.

Shuvro Biswas’s family urged him to talk to someone.

“We tried to convince him to the best of our abilities to seek professional help, but he always denied that he needed psychiatric help,” said Biprojit Biswas.

“He was going to a neurologist but he wouldn’t say for what,” he said.

According to the report, in February, the management of Shuvro Biswas’s West 37th Street apartment building took him to Manhattan Supreme Court, seeking to evict him over a slew of alleged “bizarre acts” inside the building, including setting fires, openly brandishing a knife and smearing blood inside the elevator, court filings show.

“Defendant is a ticking time bomb who, just months into the lease, has engaged in numerous incidents of escalating, offensive nuisance-type conduct that threatens the lives, health, safety and well-being of Building staff, Building residents and Building property,” lawyers for the building wrote in one filing.

The filing claimed that Shuvro Biswas had intentionally set a mattress on fire in his unit while leaving an open propane tank in the apartment.

He also allegedly brandished a knife, smeared blood in the building elevator, illegally installed surveillance cameras and an alarm system, scattered bullets throughout the building and filed multiple false reports of intruders with the police one of which saw him greet responding officers by brandishing a sword, according to the filing.

Shuvro Biswas had explained the arson allegation as a cooking fire.

The city Medical Examiner’s Office will determine a cause of death.

Sources say the BJP plans to fill up vacant posts in its UP youth wing ...
By Publisher
9 mins ago

The 19-year-old was arrested over his brother’s complaint. (File photo) Kolkata: A 19-year-old man was ...
By Publisher
25 mins ago

Easing of Covid-related lockdown norms has led to crowding in some markets, it said. New ...
By Publisher
42 mins ago

“I congratulate … Ebrahim Raisi, elected by the nation,” Ghazizadeh-Hashemi said. Congratulations poured in for ...
By Publisher
59 mins ago