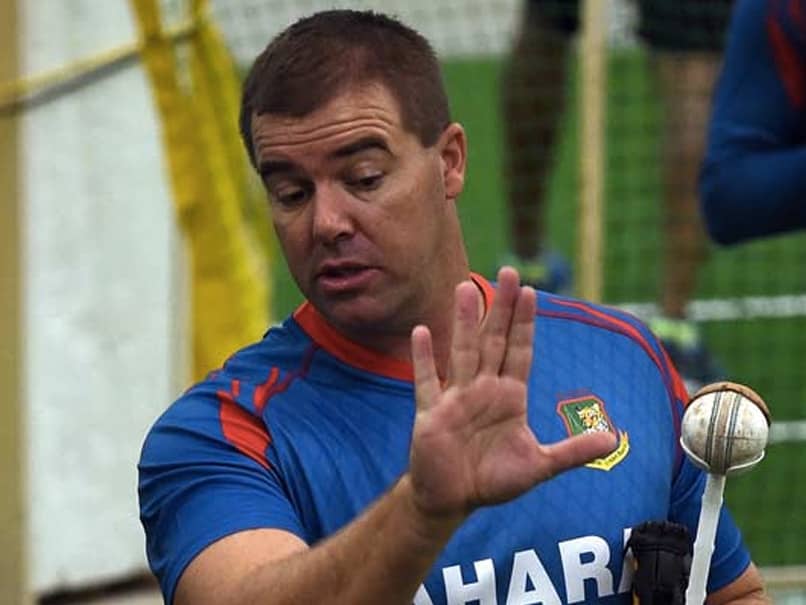 Heath Streak admitted to the ICC charges and accepted the sanction.© AFP


Former Zimbabwe captain and coach Heath Streak has been banned from all cricket for eight years for breaching the International Cricket Council’s Anti-Corruption Code. Streak accepted five charges of breaching the ICC Anti-Corruption Code, cricket’s top governing body said in a statement on Wednesday. “Mr. Streak was charged as a participant under the Code by virtue of his status as the coach of Zimbabwe from 2016 to 2018 and as the coach of various domestic teams,” the ICC added in the statement.

Among other tournaments and series, Streak has been charged with disclosing inside information in relation to matches in the Indian Premier League (IPL) 2018. He has also accepted the charge of failing to report corrupt approaches during IPL 2018, among other tournaments.

Heath Streak was the bowling coach for Kolkata Knight Riders in IPL 2018.

“Under the provisions of the Code, Mr. Streak chose to admit the charges and agreed the sanction with the ICC in lieu of an Anti-Corruption Tribunal hearing,” the ICC said.

“He will be free to resume his involvement in the game on 28 March 2029,” the statement added.

“Heath Streak is an experienced former international cricketer and national team coach, who had participated in numerous anti-corruption education sessions and was fully aware of his responsibilities under the Code,” ICC’s Integrity Unity general manager Alex Marshall was quoted as saying.

“The offences did not affect the outcomes of any relevant matches and Mr Streak has agreed to assist the ICC anti-corruption education programme for which we are grateful,” Marshall further added. “He has also expressed his remorse and contrition and entered this agreed sanction decision to avoid the need for a full disciplinary process.”

Experts are concerned about the slow rollout of Brazil’s COVID-19 vaccination campaign (File). Rio de ...
By Publisher
32 mins ago

Amarinder Singh said no question of rescinding the decision (File) New Delhi: The Punjab cabinet’s ...
By Publisher
1 hour ago

The baby has been rescued and kept at an adoption centre. (Representational) Bhubaneswar: A ten-day-old ...
By Publisher
1 hour ago

Ebrahim Raisi is set to take over at a time when Iran seeks to salvage ...
By Publisher
2 hours ago