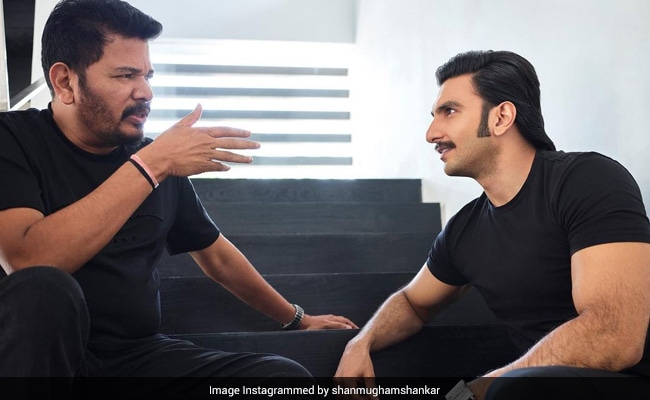 A day after south filmmaker S Shankar announced the Hindi remake of his 2005 Tamil movie Anniyan, he found himself embroiled in a row of copyright claims. Viswanathan Ravichandran, producer of the Tamil Anniyan, in a letter to S Shankar, claimed that he owned the rights for the storyline of the movie. Responding to V Ravichandran’s claim, S Shankar issued a strongly-worded statement, saying: “Everyone associated with the movie were aware that the script and storyline belongs exclusively to me and, in fact, the movie was released with the tag: Story, Screenplay and Direction by Shankar. I have not assigned in writing any script or screenplay to any person, and continue to retain the right to exploit the script in any manner I deem fit. As the admitted author of the literary work, my rights cannot be interfered with under any circumstances,” reported news agency PTI.

In his letter to S Shankar, V Ravichandran alleged that he secured the copyright of the script from late scriptwriter Sujatha Rangarajan, who wrote the dialogues of Anniyan: “I am the Producer of the said movie Anniyan. The entire story rights was purchased by me from the writer Sujatha for which full payment was done by me to him. As such, any such adoption or remaking or copying the main plot of the said movie, without my permission, is totally illegal,” read an excerpt from Ravichandran’s letter.

Responding to V Ravichandran’s reference to late scriptwriter Sujatha Rangarajan, S Shankar added: “He was not involved in the script, screenplay or characterisation in any manner, and there is no scope beyond his engagement as a dialogue writer. Given that the script vests with me, I am absolutely entitled to exploit the same in any manner I deem fit.”

Addressing V Ravichandran in his statement, S Shankar added: “In the absence of any assignment in writing from me, there can be no basis whatsoever to even assert that the ‘storyline’ vests with you. This reply is issued without prejudice, and to clarify the actual situation of me as a director and writer being subject to such avaricious and illegal claims to needlessly attempt to jeopardise my future projects.”

In the Hindi remake of Anniyan, Ranveer Singh has been cast in the role originally played by actor Vikram in the Tamil movie. The yet-to-be-titled pan India project will be produced by Jayantilal Gada. The shooting schedule of the film is slated to begin mid-2022. The film will mark Ranveer Singh’s first project with Shankar, who is known for directing Rajinikanth in blockbusters like Enthiran, 2.0 and Sivaji The Boss.

Kareena Kapoor Reveals Sharmila Tagore Hasn’t Met “The Little One” Yet: “We Are Waiting”

A six hit by Illingworth St Mary’s cricketer Asif Ali ended in a ...
By Publisher
8 mins ago

Bonalu was suspended last year because of Covid restrictions (File) Hyderabad: The Telangana government, which ...
By Publisher
24 mins ago

Companies will have to adopt a hybrid workplace model, Tata Chairman Natarajan Chandrasekaran said The ...
By Publisher
40 mins ago

Highlights Phase III trial data was approved by the DCGI’s Subject Expert Committee The “first ...
By Publisher
57 mins ago

SpaceX’s Starlink Expects It Can Provide Global Coverage Around September