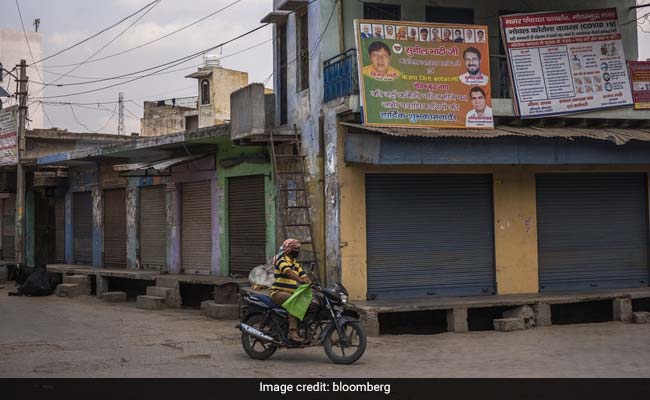 “The (second wave) presents a risk to our growth forecast as the virus management measures will curb economic activity and could dampen market and consumer sentiment,” the agency’s analysts said in a note dated Monday.

Officials in the worst-hit state of Maharashtra, home to the financial capital of Mumbai, said they were considering a broader lockdown this week after large closures at the weekend.

However, the targeted nature of containment measures instead of a nationwide lockdown and rapid progress on vaccinating the population will mitigate the credit-negative impact, Moody’s said.

India’s gross domestic product is still likely to grow in the double digits in 2021 given the low level of activity in 2020, Moody’s said.

Meanwhile, Barclays said in a note on Monday that India’s accelerated vaccination drive may limit the economic disruption caused by a resurgence in COVID-19 cases.

Moody’s also echoed concerns raised by Barclays that a shortage of vaccines and India’s population of nearly 1.4 billion could slow progress of the vaccine rollout.

India on Monday approved the use of Russian Sputnik V COVID-19 vaccine and has so far used two vaccines, one developed by AstraZeneca and Oxford University, and the other by domestic firm Bharat Biotech.

Some states, including Maharashtra and Odisha, have complained of a scarcity of vaccines during the second wave that has forced some centres to turn away people.

Navratri 2021: How To Make Idli And Coconut Chutney For Vrat – Watch Recipe Video

The Indian equity benchmarks ended Tuesday’s session on a flat note as investors booked profits ...
By Publisher
14 mins ago

Share price of Jet Airways gained more than four per cent on Tuesday, June 22, ...
By Publisher
31 mins ago

The resolution plan submitted by a consortium of London-based Kalrock Capital and UAE-based businessmen Murari ...
By Publisher
2 hours ago