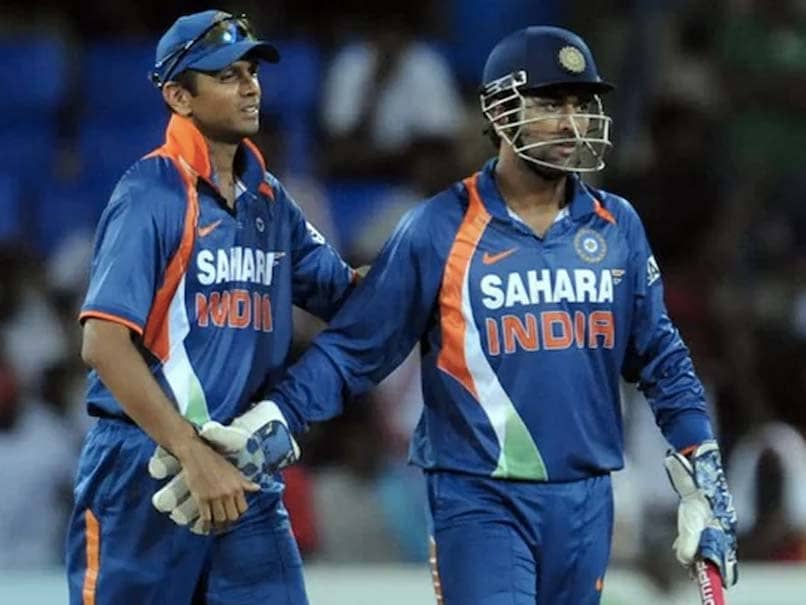 Virender Sehwag recalled one instance when he saw Rahul Dravid getting angry on MS Dhoni.© AFP


Rahul Dravid was not a man who had temper issues but once MS Dhoni was at the receiving end of his angry outburst, recalled Virender Sehwag. The context was a recent commercial featuring an angry Dravid which has taken the social media world by storm. When Sehwag was asked whether Dravid ever got angry, he said that it happened once and it was directed to none other than MS Dhoni during a ODI game in Pakistan back in 2006.

“I have seen Rahul Dravid get angry. When we were in Pakistan, and back then MS Dhoni was a newcomer. Dhoni played a shot and got caught at point,” Sehwag recollected on Cricbuzz.

“Dravid was very angry with MS Dhoni. ‘That’s the way you play? You should finish the game’. I was myself taken aback by Dravid’s English outburst although I didn’t understand half of it.”

The rap on the knuckles from the skipper had its effect on the young keeper-batsman, who literally put his head down during the next game.

“When MS batted the next time, I could see he was not hitting too many shots. I went and asked him what was wrong. He said ‘I don’t want to be scolded by Dravid again. Let’s finish the game quietly and go back’.”

Sehwag also said that it is indeed true that Dhoni is averse to answering phone calls like once VVS Laxman had famously revealed at his post retirement media interaction.

“Once it happened that the BCCI secretary (name not revealed) called MS and he didn’t pick up the call. When the secretary next time met him, he gave a special phone to MS and told him that when this one rings, you need to pick it up.

“Because there would be board meetings (selection) and as a captain, he was required to attend those calls. From that time, MS had that phone provided by BCCI and I don’t know whether it’s still there,” said Sehwag. “But yes, he has a personal number,” said Sehwag.

National Highway 58 landslide, Uttarakhand: No one was injured in the incident New Delhi: The ...
By Publisher
4 mins ago

On April 27, the high court had dismissed his first bail application (Representational) Indore: The ...
By Publisher
52 mins ago