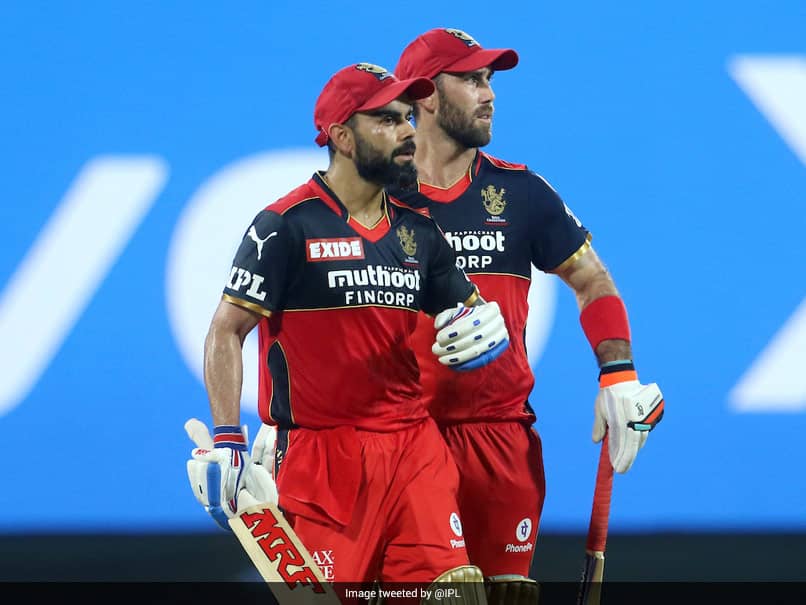 
Glenn Maxwell got his IPL 2021 campaign off to a great start with an innings of 39 runs off just 28 balls for Royal Challengers Bangalore against Mumbai Indians on Friday. Studded with eight fours and two sixes, Maxwell’s innings comprised of a six off Krunal Pandya that sent the ball sailing over the stands and out of the ground after bouncing off the roof of the MA Chidambaram Stadium in Chennai. Virat Kohli, the non-striker at the time, was astonished at the strike and his reaction said it all.

Off to Marina beach

Maxwell, who is known for his unorthodox shots especially in the shortest format of the game, also hits switch hit off Rahul Chahar for a six before his innings was ended debutant Marco Jansen.

Coming in to bat at the fall of the second wicket in the sixth over, Maxwell added 52 runs for the third wicket with his captain Kohli before the skipper was trapped lbw by Jasprit Bumrah.

Maxwell, who endured a torrid run with Kings XI Punjab (now Punjab Kings) in IPL 2020, saw a change of fortunes with the new season.

He scored just 108 runs from 13 matches for Punjab Kings last season and didn’t manage to hit a single six.

He was released by Punjab Kings ahead of the IPL auction and RCB lapped up him for a whopping Rs 14.25 crore.

Rubina Dilaik “Loves The Way You Look At Me”

Amarinder Singh said no question of rescinding the decision (File) New Delhi: The Punjab cabinet’s ...
By Publisher
7 mins ago

The baby has been rescued and kept at an adoption centre. (Representational) Bhubaneswar: A ten-day-old ...
By Publisher
24 mins ago

Ebrahim Raisi is set to take over at a time when Iran seeks to salvage ...
By Publisher
40 mins ago

Amarinder Singh said those who make a sacrifice for the nation should never be forgotten(FILE) ...
By Publisher
58 mins ago