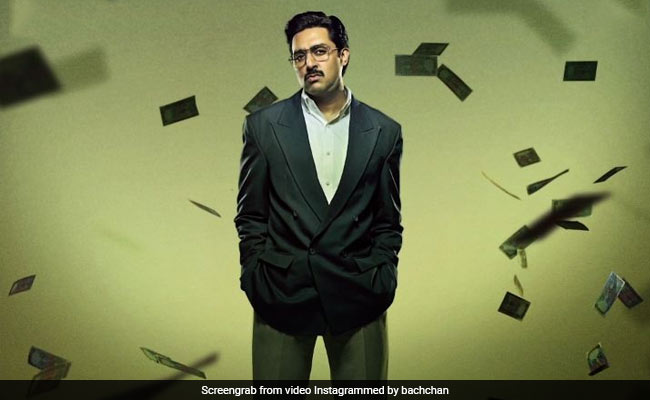 Abhishek Bachchan showed us once again who is the boss. The actor, who was trolled by a Twitter user for his performance in the recently-released film The Big Bull, had the most unexpected reply. The Twitter user compared the film to the web-series Scam 1992 (based on the life of stockbroker Harshad Mehta). He also called Abhishek Bachchan’s acting “3rd rate.” “As usual Abhishek Bachchan doesn’t disappoint you with his 3rd rate so called acting in a poorly scripted and badly filmed The Big Bull. Pratik Gandhi and Scam 1992 are far superior by miles,” read the tweet. Replying to the troll, Abhishek Bachchan wrote: “Hey man, as long as I’ve not disappointed you, I’m happy. Thank you for taking the time out to see our film.”

If that’s not called a perfect reply, we don’t know what it. Read the Twitter exchange here:

Hey man, as long as I’ve not disappointed you, I’m happy. Thank you for taking the time out to see our film.

A few days ago, a Twitter user asked the actor why he should watch The Big Bull if he has already seen the show Scam 1992. The actor, who has quite a bit of a reputation when it comes to giving it back to trolls, gave a crisp reply in merely 3 words: “I’m in it.”

The Big Bull, directed by Kookie Gulati, released on streaming platform Disney+Hotstar on Friday and it opened to average reviews. Film critic Saibal Chatterjee gave the film 1.5 stars in his review for NDTV and he wrote: “Abhishek Bachchan leads a cast that cannot hold a candle to the one that was assembled for the web series that landed in our midst last year and blew us away with its sharp-eyed lucidity. In the absence of genuine atmosphere in The Big Bull, the actors struggle.”