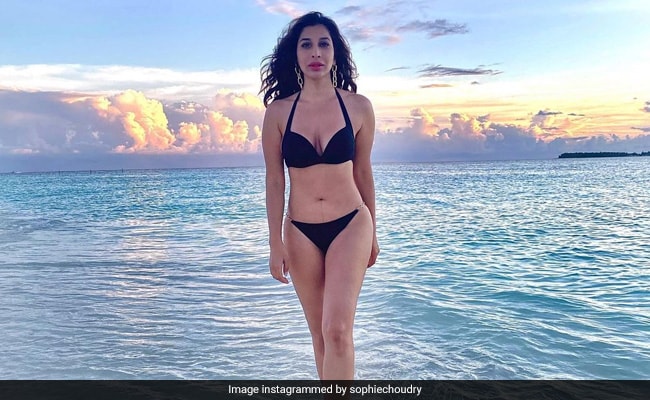 Actress-model-singer Sophie Choudry’s post on body confidence is a must read. On Instagram, she shared a snippet of her cover story for Global Spa magazine, in which she talks about accepting her “flaws”. Sophie Choudry stepped into showbiz as a singer in 2000 and a few years later, debuted on television as the host for MTV India’s MTV Loveline. In her latest Instagram post, Sophie opened up about being “insecure” about her body during her initial days in the TV world for being “full of curves”: “A lot of people probably think I was always this body confident. Truth be told, when I was asked to wear a bikini back in the MTV days, it would totally freak me out to the point of wanting to quit! I felt everyone around me was skinny and here I was, full of curves, flaws and superficial confidence.”

“It took years for me to understand how important it is to love yourself, to work on your physical and mental health and to accept that the most glorious thing about me, is that I’m unique as we all are,” Sophie added in her post.

Sophie Choudry also shared her priceless takeaways from her journey from feeling insecure to being accepting: “Even now, on some days I feel fitter/happier/prettier than on others but I embrace it all and just get back on track. None of us are perfect, we all have our insecurities, but try to be kind to yourself and you will see how even your flaws become beautiful because quite frankly, being perfect is boring!”

Sophie Choudry has featured in films such as Pyaar Ke Side Effects, Money Hai Toh Honey Hai, Aa Dekhen Zara and Once Upon A Time In Mumbai Dobaara, among others. She also participated in reality TV show Jhalak Dikhhla Jaa 7 and appeared as a guest on Bigg Boss 8. As a singer, she has songs such as Le Le Mera Dil, Do You Know Baby and Yeh Dil Sun Raha Hai to her credit.

Remote voting in India? May be by next Lok Sabha Elections, says CEC

There is currently no evidence of Delta Plus having anything to do with a third ...
By Publisher
33 mins ago

John McAfee has been in jail in Spain since he was arrested at Barcelona in ...
By Publisher
1 hour ago