Vicky Kaushal shared a beefed-up picture of himself on Instagram with the caption ‘Baajre da sitta’. His expression says it all. 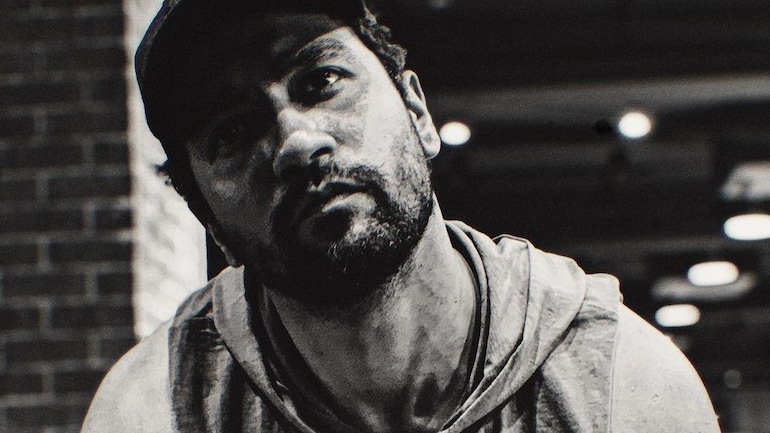 The caption on Vicky Kaushal’s latest Insta pic has our attention.

“Baajre da sitta…” If you find yourself involuntarily humming the song now that we’ve reminded you of it, you’re spending too much time on Instagram reels like us. And you know how that goes. A song gets stuck in your head like a earworm, and even though you want to stop, you are incapable. You keep scrolling, humming and looking all dazed into the screen. Vicky Kaushal nailed that expression in his latest Instagram post. No points for guessing the caption.

Vicky Kaushal shared a beefed-up picture of himself, gazing into nothingness. The black-and-white shot flaunts Vicky’s visibly defined triceps. But it is his caption that’s caught our attention. Vicky wrote, “Baajre da sitta (sic),” borrowing from a popular trend on Instagram reels.

WHAT IS BAAJRE DA SITTA?

Baajre da sitta is a popular Punjabi folk song, about a woman trying to make-up with her lover. Baajre da sitta literally means millet cob. Now, why has this song suddenly gained popularity on Instagram? No clue, whatsoever. We have Instagrammers dancing, singing, exercising, even getting all decked up to the track. Result? The song is repeated innumerable times on reels. And what happens when you hear the same thing over and over again? You get bored.

Vicky is quite cued in with the latest Instagram trends. A few weeks ago, he was seen dancing to the Don’t Rush song and absolutely nailing the moves. In fact, he was so good that he even inspired Samantha Akkineni to try the same.

Sharing the video, Vicky wrote, “Bitten by the #dontrushchallenge bug. Wasted much time watching videos of it, thought of wasting a little more by making one. Don’t Rush. #firstreel btw. @karsonali @swapoo17 thanks for helping me make a reel. Couldn’t understand a thing (sic).”

Vicky Kaushal has a number of films in his kitty. He has Shoojit Sircar’s Udham Singh and Karan Johar’s Takht. Apart from that, The Immortal Ashwatthama is also in the making. He also recently replaced Varun Dhawan in Mr Lele, opposite Bhumi Pednekar and Kiara Advani.

Clowning around: how one charity kept kids smiling through the pandemic