India vs England, ODIs: Yuzvendra Chahal lost his place in the T20I XI but former India wicketkeeper Deep Dasgupta expects the senior leg-spinner to bounce back and do well in the upcoming 3-match series in Pune. 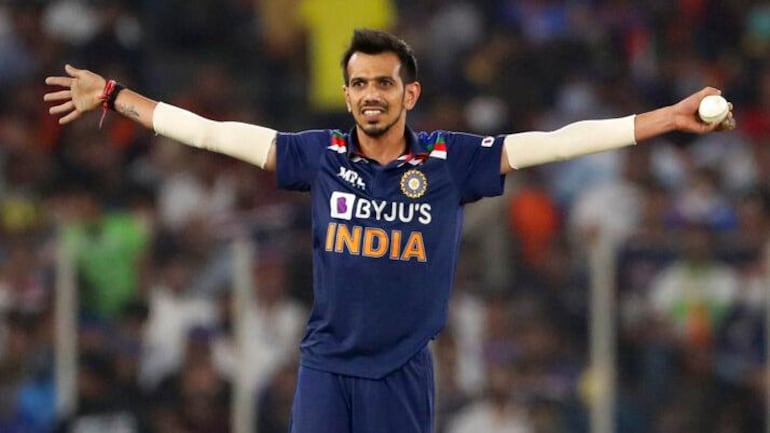 Yuzvendra Chahal would have got a wake up call after T20I snub: Deep Dasgupta (AP Photo)

Former India wicketkeeper-batsman Deep Dasgupta said he believes Yuzvendra Chahal will up his game in the upcoming ODI series against England after having been dropped for the last 2 T20Is against the visitors last week.

Yuzvendra Chahal has not been able to consistently deliver breakthroughs for India, having picked up more than 1 wicket in an innings only once in his last 13 T20I matches. Chahal conceded in excess of 8 runs per over and managed just 3 wickets in the first 3 matches against England before he was replaced by young leg-spinner Rahul Chahar in the last 2 T20Is.

Chahal played only 4 ODIs in 2020 wherein he picked up 7 wickets but the leg-spinner has been a consistent performer in the 50-over format of the game with 29 wickets each in 2019 and 2018.

The Royal Challengers Bangalore star will be looking to come up with an improved show in the upcoming 3-match series, according to Dasgupta who believes the T20I series snub would have served as a wake-up call for Chahal.

As Dasgupta pointed out, India have quite a few options in the wrist-spin department as they have Chahar, Kuldeep Yadav and Rahul Chahar, who was handed his call-up for the T20I series, as wrist-spin options.

“He (Chahal) has looked a little off the boil this series. With Rahul Chahar coming in and performing, there are a lot of right-arm wrist-spinners, let alone wrist-spinners. I am sure he would have got a wake-up call there. I am sure he will up his game as well because he knows there is a fair amount of competition,” Dasgupta said while speaking on Sports Today on Tuesday.

Meanwhile, Dasgupta also said he would like to see Kuldeep Yadav get a game or two in the ODI series. Kuldeep last played for India in the limited-overs format in Australia in December 2020. He has not played T20is for India since January 2020 despite consistently being part of the squad.

“I am glad that Kuldeep Yadav is there as well. You would ideally want Kuldeep to play a few games here. He has been a part of the white-ball teams but basically been a passenger over the last 2 years,” Dasgupta added.

India begin their 3-match ODI series with the opening match at the Maharashtra Cricket Association Stadium in Pune on Tuesday, March 23.

Amitabh Bachchan drops epic PHOTO with Abhishek: When son tells you which path to take, he becomes your friend

10, including 1 police officer, killed in shooting in Colorado supermarket