Asked whether he spoke to PM Modi about the issue of human rights and minorities, US Secretary of Defence Lloyd Austin said he had a conversation with Indian cabinet ministers in this regard. 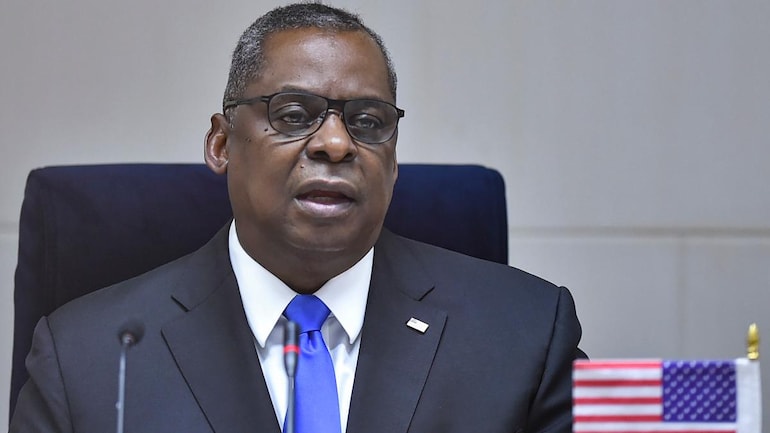 US Secretary of Defence Lloyd Austin has said that he had a conversation with Indian ministers about human rights and minorities. Austin made the statement at a press conference in Delhi on Saturday towards the end of his three-day visit to India.

Asked whether he spoke to PM Narendra Modi about the issue of human rights, US Defence Secretary Lloyd Austin said he did not speak to the Prime Minister in this regard.

“I did not have an opportunity to talk with him about that. Having said that I did have a conversation with other members of the cabinet on this issue,” Lloyd Austin said.

He went on to say that India is a partner whose partnership the US values. The US Secretary of Defence added, “I think partners need to be able to have those kinds of discussions. And certainly, we feel comfortable in doing that and you can have those discussions in a very meaningful way and still make progress.”

Chairman of the US Senate Foreign Relations Committee Senator Rober Menendez had said in a letter to Secretary Austin that the Indian government has been “trending away” from democratic values.

Asked whether he shares Senator Menendez’s view, US Secretary of Defence Lloyd Austin referred to President Joe Biden’s statement that human rights and rule of law are important to the United States of America.

“We always lead with our values. As a democracy that is pretty important to us. India is a democratic country and you treasure your values as well. There are a number of things that we can and will work on together,” US Secretary of Defence Lloyd Austin said.

US Defence Secretary Lloyd Austin also responded to questions from the media about the India-China military standoff in eastern Ladakh.

Stating the official stance of the US, Secretary Austin said, “We never thought India and China were at the threshold of war due to the Ladakh tensions. India and the US will continue to work with like-minded countries and that is the way to counter any challenge.”

“We are doing the right things to promote peace and stability in the region. We really work together to ensure a free and open Indo-Pacific region. Working together with like-minded countries that have shared interests is the way to check any aggression in any region. You can look forward to us to continue to do that,” he said.

India vs England: Great opportunity for Prasidh Krishna, he can truly be a future star for India- VVS Laxman

On India's Aviation Sector: Reaching For The Sky