The BBC said Monday that a journalist from its Burmese-language service was released by authorities in Myanmar but gave no details, as protesters in the Southeast Asian nation continued their broad civil disobedience movement against last month’s military coup.

The journalist, Aung Thura, was detained on March 19 by men who appeared to be plainclothes security agents while reporting outside a court in the capital of Naypyitaw.

Arrests of media workers have been part of the junta’s intensifying efforts to choke off information about resistance to the February 1 coup. Some 40 journalists have been arrested since the coup, half of whom are still in detention — including Thein Zaw of The Associated Press — according to the Myanmar-based Assistance Association for Political Prisoners.

On Monday, lawmakers from the Association of Southeast Asian Nations urged regional leaders to meet and devise a “strong and decisive response” to increased violence against protesters by Myanmar’s military. The lawmakers urged the 10-nation bloc to send a delegation alongside the U.N. special envoy to Myanmar to help negotiate a “democratic and human rights-based solution.”

ASEAN has a policy of non-interference in each other’s affairs, but some regional leaders have rebuked the violence and urged restraint in Myanmar.

“The Myanmar army is killing people every day. Statements are welcome, but are useless against the military’s bullets,” said Charles Santiago, a Malaysian lawmaker who heads the ASEAN Parliamentarians for Human Rights group.

Since the military seized power, many citizens from teachers to doctors, traders, and railway workers have joined a civil disobedience movement that uses widespread boycotts, strikes, and other actions in an attempt to force a return to a civilian government.

The junta has responded with an increasingly brutal crackdown and sought to limit information reaching the outside world. Security forces have opened fire on crowds and killed hundreds, internet access has been severely restricted, private newspapers have been barred from publishing, and protesters, journalists, and politicians have been arrested in large numbers.

Protesters on Monday sent hundreds of red balloons into the air in Myanmar’s biggest city, Yangon, in support of civilian leader Aung San Suu Kyi, who was ousted in the coup and detained. Many also wore red shirts, the colour of her National League for Democracy party. 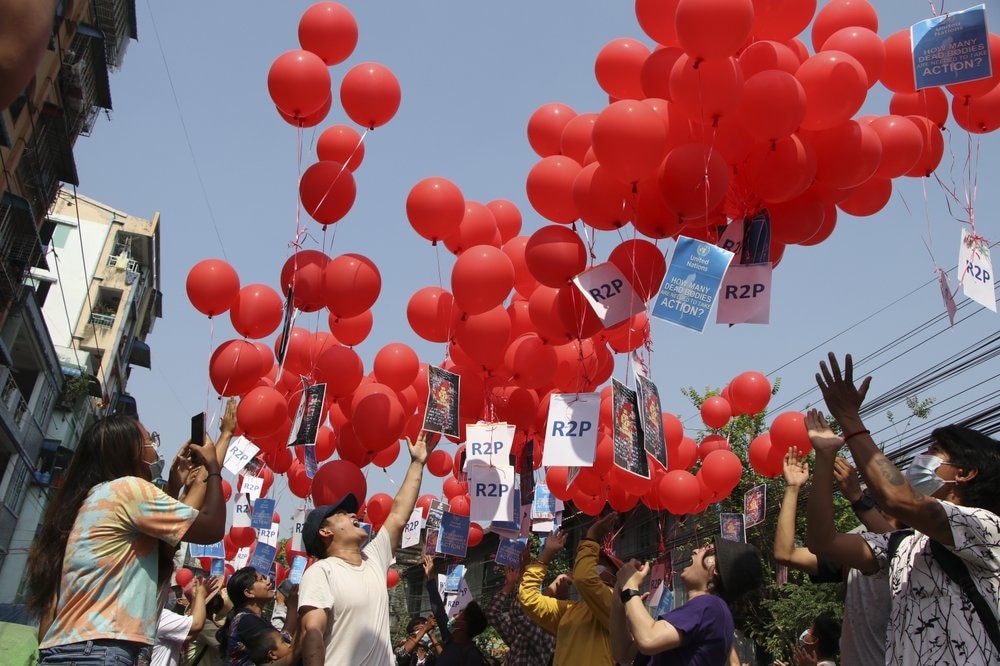 Protesters have called for foreign intervention to aid them under the doctrine of Responsibility to Protect — also known as R2P — devised to deal with matters such as genocide, war crimes, ethnic cleansing, and crimes against humanity. Attached to the balloons were papers with R2P written on them.

Angry citizens also marched and chanted slogans in early morning demonstrations in Yangon and various parts of the country, while others drove in convoys and honked their vehicles in protest.

The Assistance Association for Political Prisoners has verified 250 deaths nationwide but says the actual total, including cases where verification has been difficult, is probably much higher. It said 2,665 people have also been arrested or charged since the coup, with 2,290 still detained or sought for arrest.

247 killed by this junta coup

2345 arrested, charged, or sentenced since 1 Feb

Has Community Transmission Begun in India?