India vs England, 1st ODI: India opener Shikhar Dhawan found form but he missed his 18th ODI hundred by 2 runs. Dhawan repaid the faith shown in him by the team management with a fluent 98 in the series opener. 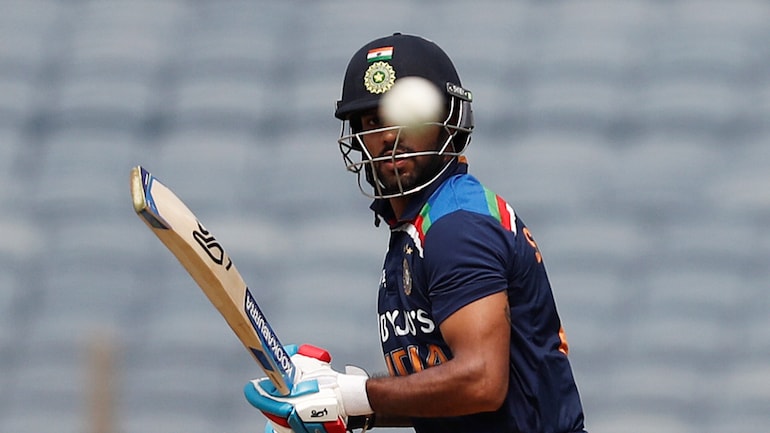 India opener Shikhar Dhawan roared back to form but he missed his 18th ODI hundred by just 2 runs in the 1st ODI of the ongoing 3-match series against England at the MCA Stadium in Pune on Tuesday.

Shikhar Dhawan was caught in the short mid-wicket region by Eoin morgan as Ben Stokes got the big wicket in the 39th over. Dhawan was batting on 98 from 105 balls and tried to get to the 3-figure mark with a big hit. Dhawan walked back with a wry smile on his face as he missed out on a much-deserved hundred. The India opener was looking good for a big score but had slowed down after reaching the nineties.

98 runs
106 balls
11 fours
2 sixes@SDhawan25 narrowly misses out on a fine hundred but he has played a fine knock in the @Paytm #INDvENG ODI series opener. #TeamIndia

Batting great Sachin Tendulkar had finished his career with as many as 18 scores in the 90s in ODIs. Former India captain Mohammad Azharuddin is on the second spot on the unwanted list with 7 scores in the nineties.

Most scores in the 90s by an India batsman in ODIs

Shikhar Dhawan, who had lost his place in the T20I side, was backed by captain Virat kohli to continue opening in the ODI format where he has done well for India in the past. The left-hander repaid the faith shown in him by the team management with a fluent 98 in the series opener on Tuesday.

Dhawan started cautiously as he and Rohit Sharma played the England new-ball bowlers with a lot of respect. However, the left-hander got going, taking the attack to the likes of Mark Wood and Co.

Dhawan switched gears during his 105-run stand with captain Virat Kohli who looked busy from the word go. Kohli got out for 56 but Dhawan carried on and kept the scoreboard moving. Dhawan finished with 2 sixes and 11 boundaries in his knock that gave India the platform to go big in the final overs.

Instagram-Approved Ideas to Hack Your Way to a Home Gym