Mumbai Indians star Krunal Pandya was given his ODI cap on Tuesday by his brother Hardik Pandya and broke into tears soon after the other team-mates congratulated him. 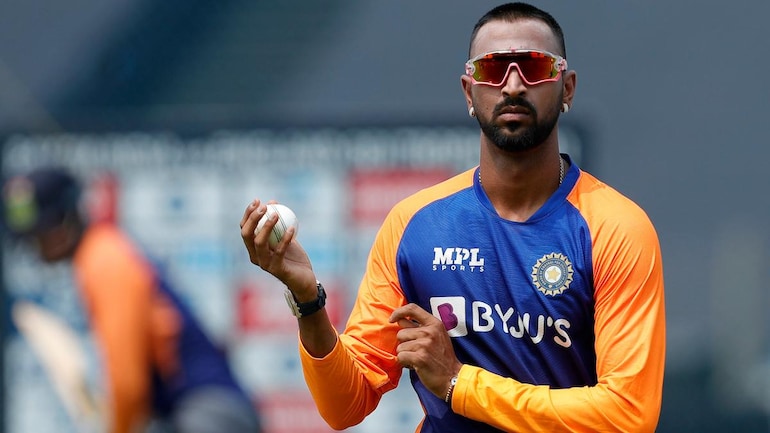 Mumbai Indians all-rounder Krunal Pandya on Tuesday earned his maiden ODI cap for Team India in the first match against England in Pune.

Krunal has played 18 T20Is for India and has 121 runs at an average of 26. He was given his ODI cap by his brother Hardik Pandya and broke into tears soon after the other members of the team congratulated him.

The other player to make a debut for India on Tuesday was Kolkata Knight Riders fast bowler Prasidh Krishna. The 25-year-old has been impressive in the domestic circuit for the last 4-5 years with incredible performances in Vijay Hazare Trophy in the 2017-18 season.

He was the second-highest wicket-taker (17), behind Mohammed Siraj in the season where his team Karnataka went on to take the title. He followed it up with another successful season in 2019-20 where he once again took 17 wickets.

Make some noise for the DESI boys Asim Riaz & Vijay Deverakonda turn up the heat in the city; WATCH