India star batsman KL Rahul was dropped for the fifth T20I vs England and former India opener Gautam Gambhir believes that he should play all the 3 ODIs against the visitors. 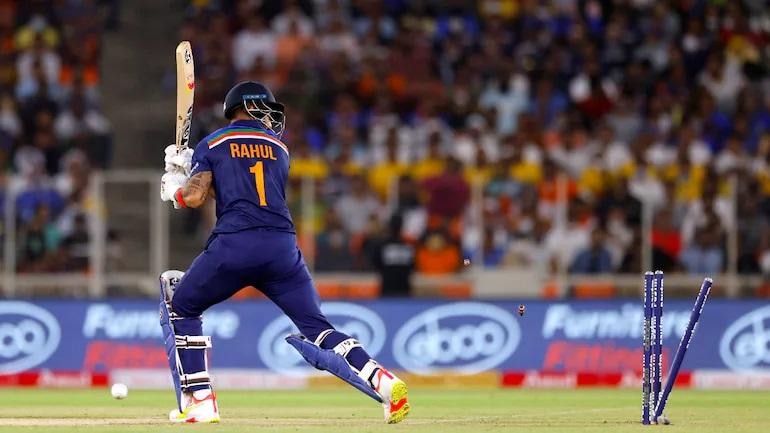 Former India opener Gautam Gambhir believes that despite KL Rahul’s poor run in the T20Is against England, the batsman deserves another opportunity and should therefore play all the 3 ODIs against the visitors.

Rahul was dropped ahead of the fifth and final T20I against England after registering scores of 1,0,0 and 14 in the first four matches of the series.

Rahul was the highest run-scorer in IPL 2020 (670 runs at 55.83 with 1 hundred and 5 fifties) and was also adjudged Player of the Series in New Zealand before that in February.

But he has been woefully out of form since his return to the national team after the wrist injury he suffered post the T20Is in Australia.

But Gambhir believes that he is a quality batsman who is currently out of form and argues that the only way to get his confidence back is by giving him more opportunities. He also said that for any batsman knowing that you have been dropped is not a good feeling.

“Dropping anyone will not do them any favour. He (Rahul) will have to play three ODIs. Someone is out of form, the only way you can bring them back is by giving them more opportunities,” Gambhir told ESPNCricinfo.

“Because when you are sitting on the bench, it is not a good feeling. Because you know you have been dropped, and that feeling is not the best feeling,” Gambhir added.

In the recently concluded T20I series against England, Team India went in with as many as 4 different opening combinations.

With Rohit Sharma rested for the first two matches, Shikhar Dhawan and KL Rahul opened in the first T20I match. But Dhawan was dropped for the second game, and Ishan Kishan given an opportunity to debut for India and partner KL Rahul.

In the third and fourth T20Is, KL Rahul partnered Rohit Sharma but the Karnataka batsman continued his poor run. Therefore in the final game, skipper Virat Kohli came up the order and opened the innings with Rohit Sharma.

Shraddha Kapoor and family return to Mumbai, Kriti Sanon channelises her Boho side in a quirky fringe top