Team India will be looking to get their ODI record back on track as they get ready to host world champions England in the upcoming three-match series in Pune starting March 23.

India have not won a series in 1 year, 2 months and 4 days with their last victory coming against Australia in January 2020. Virat Kohli’s side was whitewashed 3-0 in New Zealand in February last year after which they lost 2-1 in Australia in November-December.

In between these two defeats, the home series against South Africa in March was cancelled due to the coronavirus pandemic.

The Indian Test and T20I sides have enjoyed a lot of success throughout last year and carried the momentum forward in 2021. It’s the 50-over format where they have struggled off late and will look to iron out their flaws and get back to winning ways when they take the field at the Maharashtra Cricket Association stadium on Tuesday.

India will also look to overturn their recent record against England, whom they have not beaten in the format since July 2018.

The likes of Rohit Sharma, Virat Kohli, Shreyas Iyer and Rishabh Pant are in brilliant form with the bat in white-ball cricket thanks to their performances in the 5 T20Is earlier this month. But they will have their task cut out against the likes of Mark Wood, Sam and Tom Curran.

The batting lineup of both sides are evenly matched with even England boasting of names like Jos Buttler, Ben Stokes, Jason Roy and Eoin Morgan in their arsenal. Fans can expect a high-scoring series if the pitches assist the batsmen. 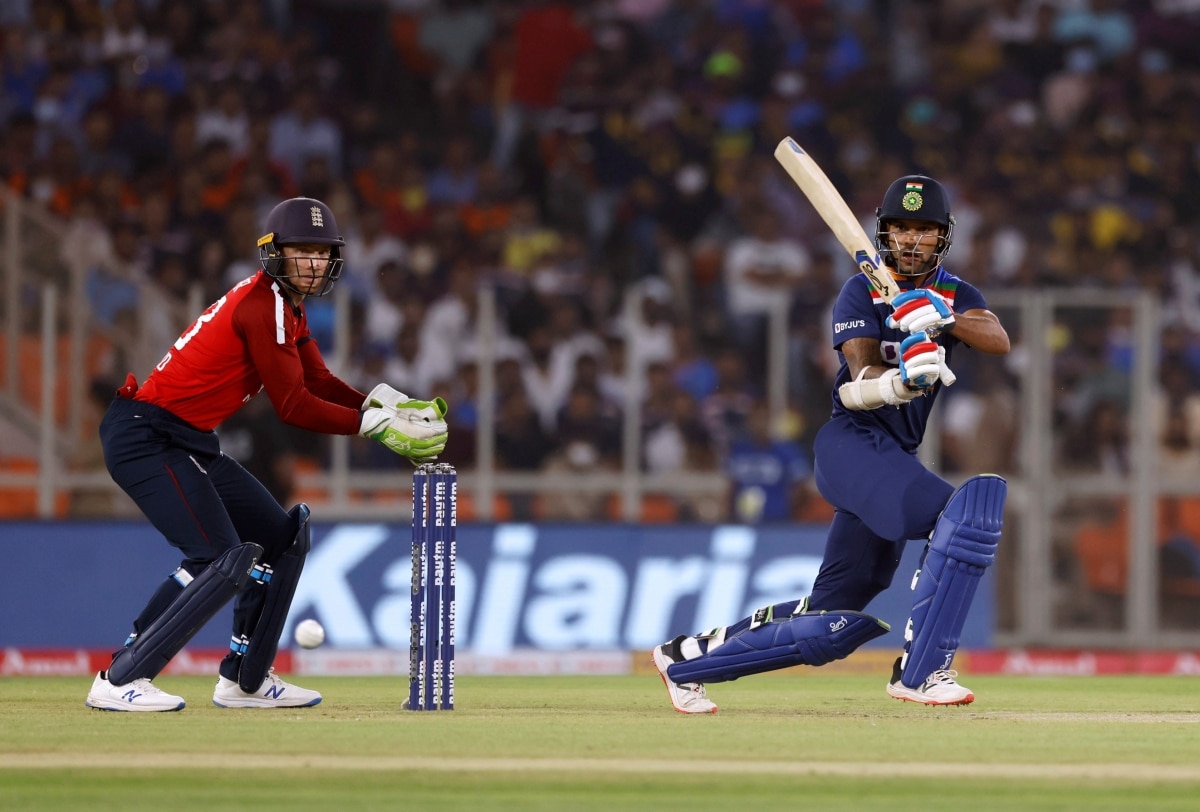 India’s opening pair of Rohit and Shikhar Dhawan will also be reunited when the ODI series begins in Pune. Dhawan, who played the first T20I against England earlier this month, was in good form with the bat in the 50-over format last year averaging 58 in 6 matches.

But his inconsistency in the shortest format saw him lose out on a place in the playing XI with India giving KL Rahul a few chances before Virat Kohli took up the role. The 35-year-old now will be keen to make the most of the format he loves the most and prove a point to the team management and selectors.

ALL EYES ON THE DEBUTANTS

Team India have 3 new faces in their ODI squad for this series in Suryakumar Yadav, Krunal Pandya and Prasidh Krishna. All eyes will be on the debutants, especially on Surya, who played two crucial knocks in the T20Is last week.

Surya averages over 37 in first-class cricket and will look to carry his T20 form into the 50-over games if and when he gets the chance to prove his mettle. Another player who will be keen to make a mark is Karnataka fast bowler Prasidh Krishna, who averages just over 23 in List A cricket. Krishna impressed in his debut Indian Premier League season in 2018 where he bagged 10 wickets for the Kolkata Knight Riders. He shot to limelight before that when he made his List A debut for Karnataka, picking 13 wickets in the Vijay Hazare Trophy 2016-17 and followed it up with 17 in the next year.

The right-arm pacer might not have much experience on his side but he has the speed and skills to trouble top-level batsmen in the shorter formats.

England will be ruing the loss of Jofra Archer, who was ruled out of the ODIs on March 21 after his elbow injury deteriorated. Their bowling attack still packs a punch with the likes of Mark Wood, Sam Curran, Tom Curran and rookie Reece Topley.

But losing Archer will still be a big blow for the Three Lions, who are playing their first ODI series against India since July, 2018.

England also lost their last ODI series against Australia at home and will be looking to get back to winning ways and improve their record in this country where they are 16-31 behind in the head-to-head record in the 50-over format.

India also lead the overall head-to-head record 53-42 with two ties and three no results. But crucially for the visitors, they beat India in their last 3 meetings.