India opener Shafali Verma, who grabbed the top position for the first time in March last year, has once again overtaken Australia’s Beth Mooney in the latest T20I rankings. 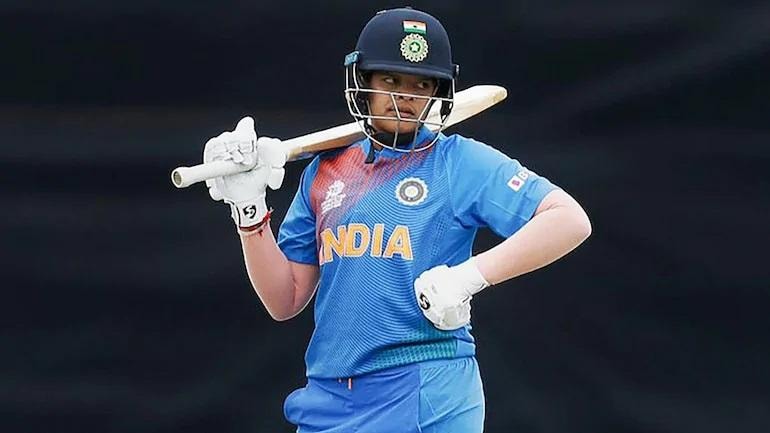 India opener Shafali Verma has once again risen to take the top spot from Australia’s Beth Mooney in the latest T20I rankings that were released on Tuesday.

The batsman, was earlier at the No 2 spot, just a few points behind Mooney, but her scores of 23 and 47 in the first two T20Is against South Africa has taken her to the top of the table.

The 17-year-old star had grabbed the top position for the first time after helping her side reach the knockout phase of the ICC Women’s T20 World Cup last year in Australia.

Look who’s back on

India’s Smriti Mandhana (No. 7) and Jemimah Rodriques (No. 9) are the only other two players from the country in the top-10 rankings.

New Zealand skipper Sophie Devine retained her spot at No. 3 as Australia’s Meg Lanning at No. 4 and Alyssa Healy at No. 5 round up the top-5 of the list.

South Africa opener Lizelle Lee is another player to gain in the T20I rankings even though the big-hitting opener lost her top spot in the ODI rankings within a week of replacing England’s Tammy Beaumont.

Lee has gained three slots to reach 11th position among T20I batters after a match-winning 70 helped South Africa take an unassailable 2-0 lead in the series.