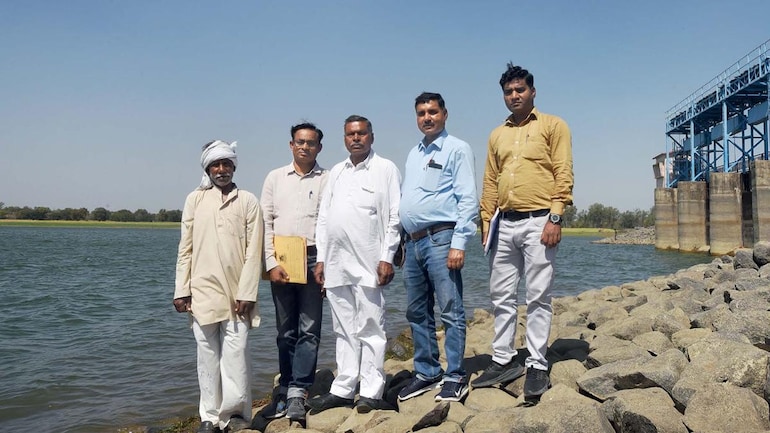 Mardan Lal, 60, a resident of Chauka village of Mehroni tehsil in Lalitpur district, Bundelkhand, was very worried last year when the rains failed again. Chauka falls at the tail end of the Chauka minor, a sub-canal originating from the main trunk of the Rohini dam in Lalitpur. The dam has a capacity of 12.1 million cubic
metres of water, but was only 34 per cent full last year.

To solve the problem, assistant engineer at the Rohini Canal System, Nafees Ahmed, took the help of the water users’ committees associated with the canal’s Chhaprauli, Tisagnan, Chauka and Gharauli minor sections. Hanumant Singh Tomar, president of the Chhaprauli water users’ committee, says, “The committees talked to the farmers to ask them what time they wanted the water discharged from the Rohini dam so that it could be put to optimum use for the crop.” In November last year, water was discharged to all the four minors for 15 days alternately. The committee also made sure that water reached every farm even at the ends of the minors. The result: Mardan Lal’s three-acre farm produced 24 quintals of peas, earning him over Rs 1 lakh.

In 2016, the irrigation department had started a ‘participatory irrigation management system’ in the Rohini canal system as a pilot project in Bundelkhand. Under this, eightmember water users’ committees were formed in all the minors connected with the Rohini canal system. Ahmed says, “Voters in the catchment area of the
minors elected the committee members in their respective areas in June 2016.” After 2018, irrigation management in the minors was also handed over to the respective committees. B.K. Suhera, executive engineer of the irrigation department in Lalitpur, says, “The entire irrigation system in the minors is monitored by the committees. So misuse and illegal diversion of water have also been minimised.