Australia was set on Monday to evacuate thousands more people from suburbs in Sydney’s west, battered by the worst flooding in 60 years, with torrential rains expected to continue for another day or two.

Reuters images showed submerged intersections, marooned livestock and cars up to their windshields in water, out of which poked the tops of street signs, as three days of rain swelled rivers in the most populous state of New South Wales (NSW).

“This is an ongoing situation that is evolving and is extremely dangerous,” Prime Minister Scott Morrison told parliament. 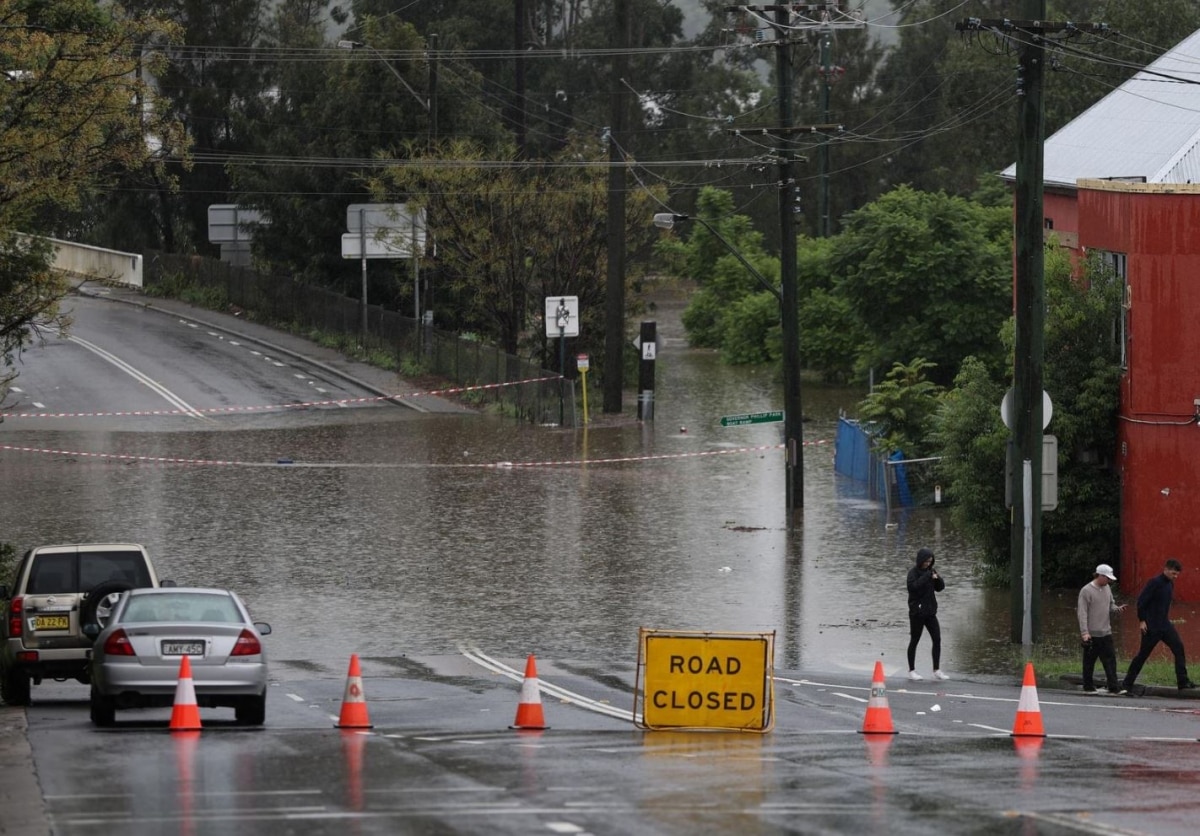 People walk on a street inundated with floodwaters in the suburb of Windsor as the state of New South Wales experiences widespread flooding and severe weather, in Sydney, Australia. (Photo: Reuters)

Two major insurers said most of the more than 3,300 claims they received concerned damage to property, with more expected. Suncorp and IAG said it was too early to estimate the final number of claims or costs.

Australia’s coal exports were disrupted, as the deluge shut rail lines into the port of Newcastle, the world’s largest coal export port, and forced some mines to cut output.

The rain submerging large swathes of the state contrasts with weather conditions a year ago, when authorities were battling drought and catastrophic bushfires.

“I don’t know any time in state history where we have had these extreme weather conditions in such quick succession in the middle of a pandemic,” NSW Premier Gladys Berejiklian told reporters.

Sunday was Sydney’s wettest day of the year, with almost 111 mm (4.4 inches) of rain, while nearly 900 mm (35 inches) was dumped in some north coast regions in the last six days, or more than three times the March average, government data showed.

The Hawkesbury and Nepean rivers flooded most of northwestern Sydney, leaving residents stranded. 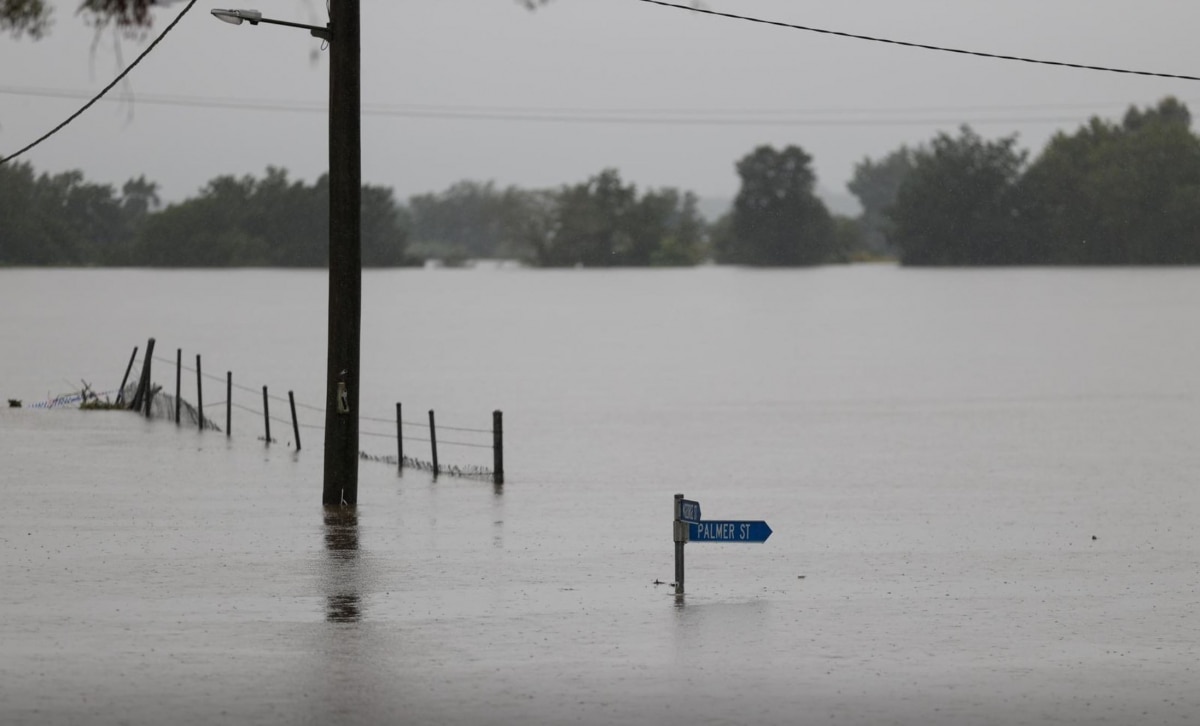 A street sign is seen just above the water’s surface in the suburb of Windsor as the state of New South Wales experiences widespread flooding and severe weather, in Sydney, Australia, March 22. (Photo: Reuters)

“You get a lot of rubbish. It was going past…as fast as the ski boats go…As soon as it broke the banks, it was like a torrent,” said Larry Powers, after he was rescued by emergency services following a day’s wait at his property in Pitt Town.

A helicopter rescued a stranded bride and groom on Saturday to get them to the church on time. The bride, Kate Fotheringham, posted a picture of the newly weds kissing in front of a flooded bridge that had blocked their five-minute drive into town.

“I made it to the church and married the love of my life!” she said on Twitter on Monday.

Authorities said about 18,000 people have been evacuated from low-lying areas.

Large parts of the east coast will get more heavy rain from Monday, brought by a combination of a tropical low over the northern part of Western Australia and a coastal trough off New South Wales, said Jane Golding, a weather official. State Emergency Service personnel transport a dentist by boat from the suburb of Windsor to North Richmond across floodwaters. (Photo: Reuters)

“We expect this heavy rain to fall on areas that haven’t seen as much rain over the last few days,” Golding told reporters. “We expect the flood risk to develop in those areas as well.”

Some parts of Sydney’s western regions have suffered the worst flooding since 1961, said authorities, who expect the wild weather to last until Wednesday.

From the ground up – Nation News